Last year, as ANSYS has published Design Base Station Antenna Arrays for 5G Wireless Network, it introduces a simulation workflow using ANSYS HFSS to tackle problems related to the antenna’s beamforming capabilities that use multiple-input-multiple-output (MIMO) techniques. Finite array domain decomposition method (FADDM) is also mentioned in the paper, this is a solver technique offered in HFSS to solve large-scale array problems by making optimum use of the memory and CPU.

In this article, we are going to introduced the latest updates of finite array simulation technique — 3D Component Array Domain Decomposition Method (3DCA-DDM). This new technique enables engineers to model finite (semi-)periodic structures which contains non-identical unit cells. At the same time, it helps to speed up simulation time with memory usage reduction compared to simulating the FADDM or explicit array. 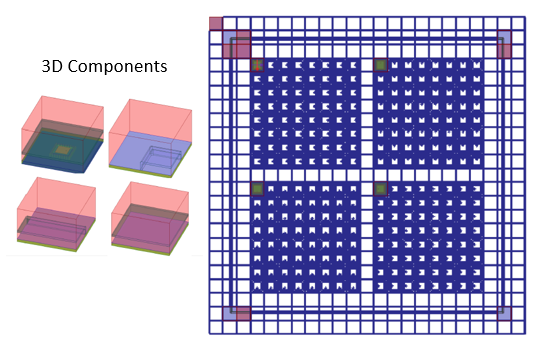 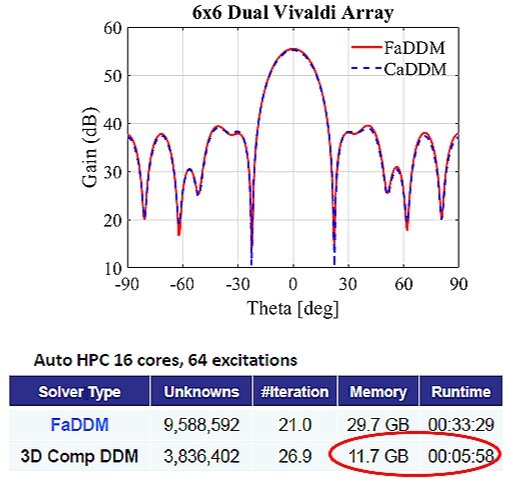 Antenna array and the future

Today, 5G wireless systems are getting smaller and more compact, this means there will be many antenna array elements fitting into a small device. For examples, base stations are designed to have multiple frequency bands, and the antenna array design due to the high and low frequency elements.

Question: Is there a method to simulate antenna array structure with non-identical unit cells? 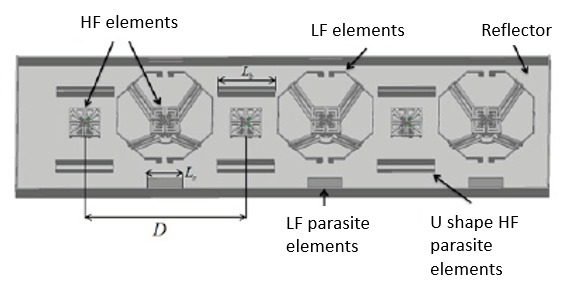 3D component is an independent ANSYS HFSS model, it can be created and integrated into a larger assemblies. A 3D component model contains all relevant information: geometry, materials, boundary conditions, design parameters and ports (when necessary), for inclusion in a fully coupled, 3D electromagnetic simulation. 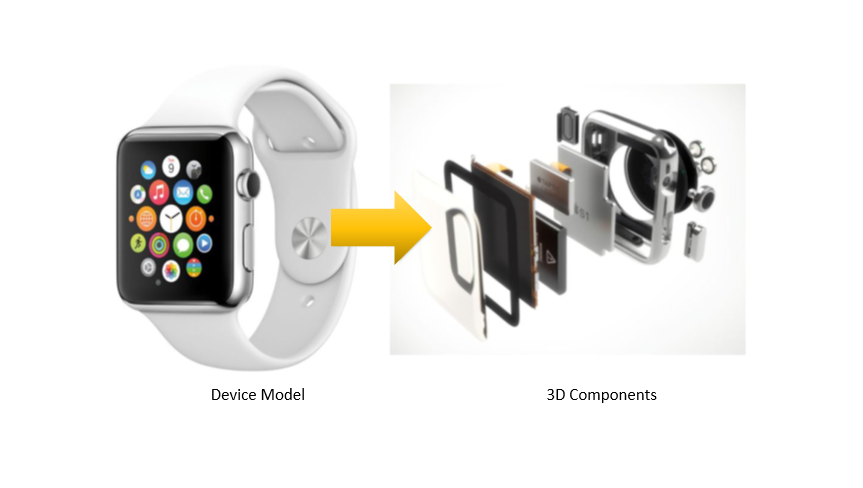 Now, we are going to check out the example below

We start with creating the 3D components to represent different unit cells in the model; then insert the components into HFSS design, and create the array similar to creating Finite Array from a unit cell. See following image, 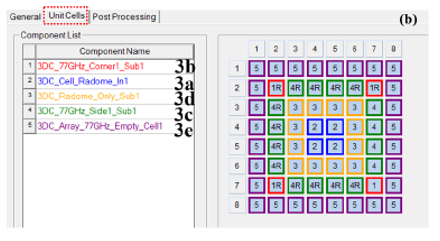 After creating the 3D component array model, we can start the simulation. In the 3DCA-DDM simulation, HFSS creates non-conformal mesh interfaces between each 3D component unit cells, which reduces the memory footprint and improves the simulation performance. Figures below shows the complex magnitude of the E field and meshing of the model,

Peak realized gain rectangular plot at different Scan Angle Theta (0°,15°, 30° and 45°) for the 3DCA-DDM. Overlay representation of the peak realized gain 3D polar plot and radiation pattern at phi=0° cut with Scan Angle Theta in 30°, note that the beam has been steered at 30°, note also the comparison between the 3DCA-DDM and explicit array results. 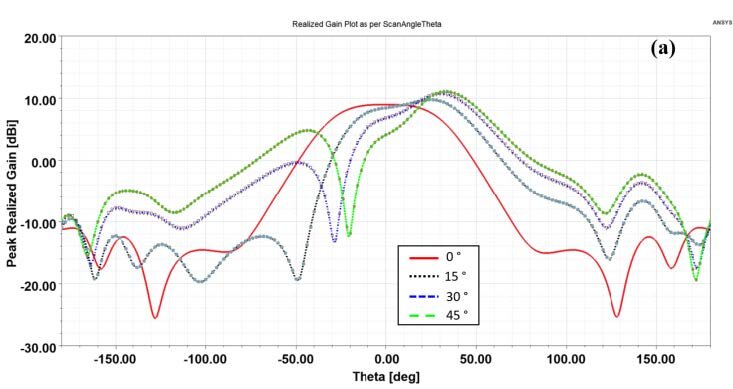 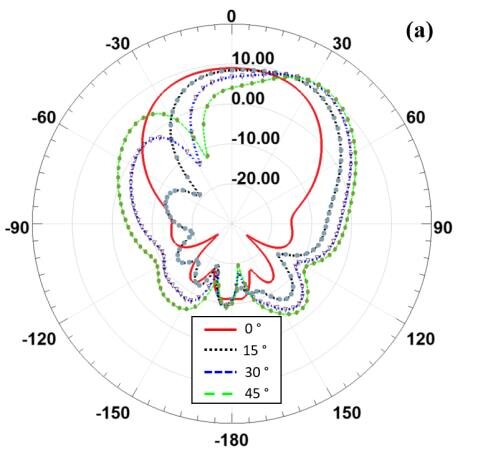 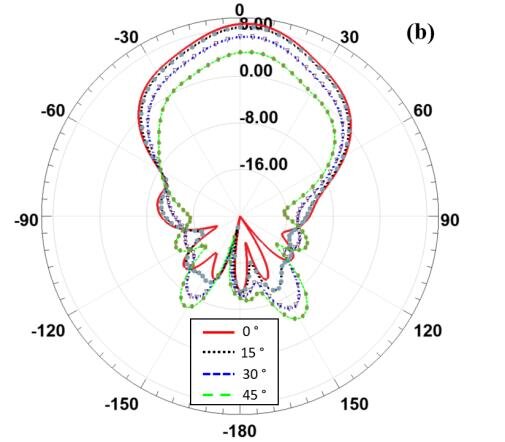